Last week was the Melbourne Half Marathon (and 10k and Marathon) and well……I ran it in the following clothing (minus the beer that was just prop purposes for the fitting photo). 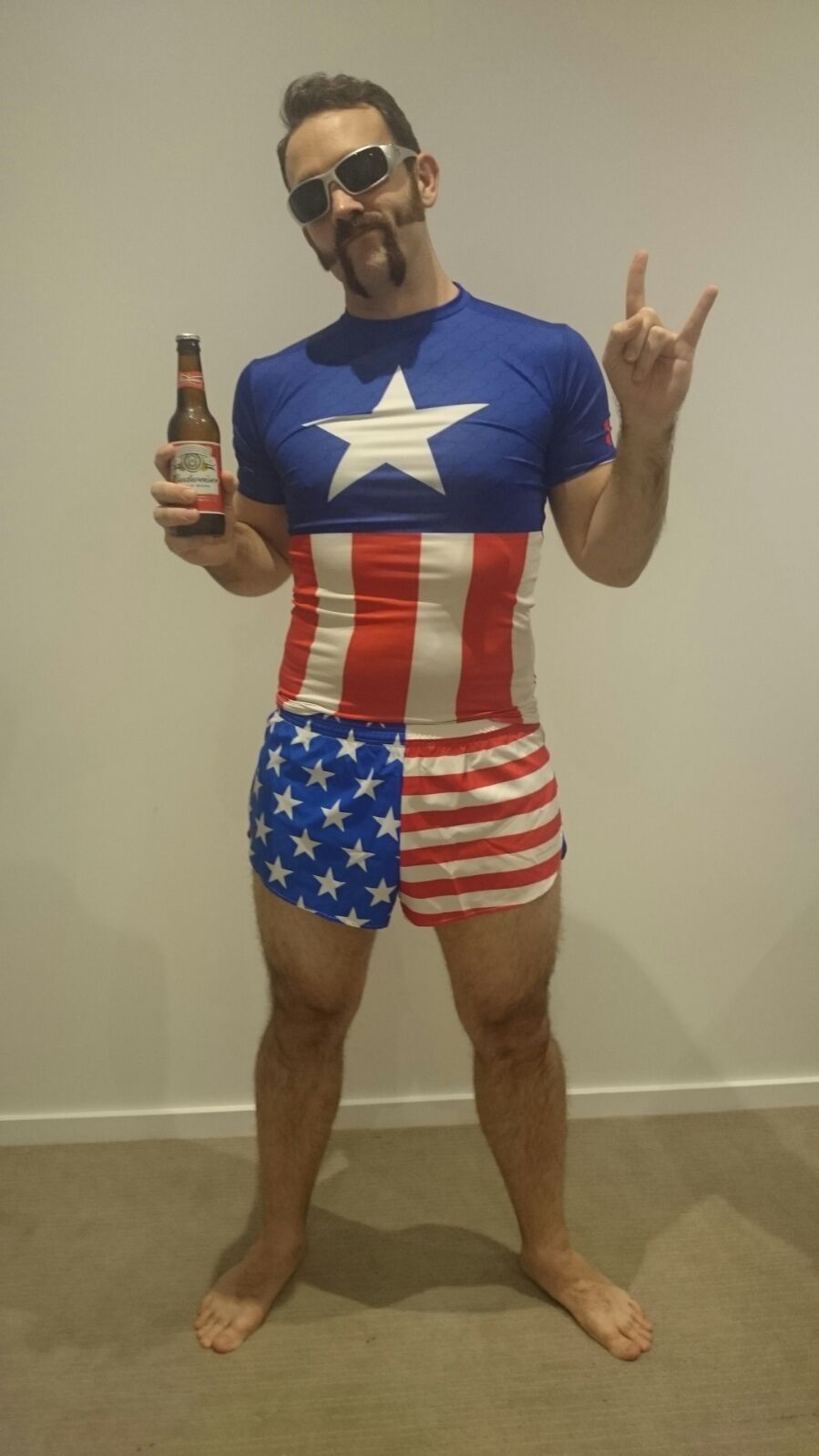 Now, for those that know me reasonably well, that’s not exactly going to be my first, second, third or whatever choice to go out in public wearing or even wear while running.  Especially not in a country that doesn’t really go wild and crazy in costumes for races such as this one.  This had more to do with me remembering a friend and the type of personality he would bring to any and all situations.  This was me upholding a promise that he was meant to keep.

Several weeks ago while having drinks after work, Chris and I were talking about my upcoming half marathon that was only a few weeks away.  I had been training over the past several months in the hopes of achieving my last remaining goal as a part time runner.  I wanted to run the half marathon in under 2 hours.  I’m not a fast runner and this would be the last big hurdle that I saw as attainable for myself.  Chris, not being above opening his mouth and inserting his own foot, stated that without training he could show up day of the event and beat my time.  Now Chris was not some out of shape slob.  He was a regular in the gym and fairly fit.  However, there’s a big jump from being in shape and running 21 kilometers.  Therefore, a bet slowly started to form but those around that heard his accusation wanted to make it more interesting so we started thinking of embarassing ways he would have to dress up to run in the race.  These ranged from a tutu and fairy wings to ankle weights to a pregnancy belly to a diving flippers.  We even wanted to hook up a GoPro to him so that we could watch and rewatch the hilarity that would certainly ensue when he did the race.  Chris never backed down though.  He thought all of the ideas were great and wasn’t going to welch on this bet.  That’s just the fun attitude he would bring.  It was infectious.

Well, fast forward a few weeks and it’s early Sunday morning.  May and I were waking up to watch the Georgia game when we realize we have several missed calls.  I call our friend Rachel to find out what was so urgent and that’s when everything changed.  I was given the news that my friend was gone.  Gone in a way that I struggle to even believe to this day (more than a month removed from his passing).  A friend that only a few hours before I had been texting and joking with that I was going to wake him up at 2AM so that he could watch football too (he didn’t like the waking up idea).  A friend that was my confidant at work.  A friend that I had barely known a year but was someone that had already left a strong impression on me and will continue to do so.

Fast forward again to beyond the logistical and emotional nightmare that is trying to return him home to his parents and friends who knew him better.  Beyond the pain, the grieving, and struggle for finding the new normal.  Back to reality that I still had this race looming ahead that was going to serve me so much fun by laughing at a friend struggling just to win a stupid bet and now was just going to be a difficult reminder of my friend that I miss.  Thankfully (sort of) his girlfriend Paige made the first suggestion.  “Well, if Chris isn’t around to do it, then you [Ben] have to do it.  He’d want you to take his place.”  Awesome I thought.  Now while dealing with my own grieving I have to find some semblance of strength to embody the courage and “who cares” attitude of Chris to do something that is definitely outside of my comfort zone.  She was right about Chris wanting someone else to do it (so that then he could laugh at them) and continued to remind me of it with more texts or pictures of tutus she found online.  Then his dad joined in on the urging and I realized there was no way out.  I was going to be dressing up for this thing whether I wanted to or not.  With my training falling off and my ultimate goal no longer a possibility, at least I would have this dedication to drive me.

So now you understand the clothing choices somewhat.  Chris was known for his American pants that he would wear often so I went with that theme.  Then came the easy part thanks to some friends visiting from the states and willing to bring along a few online orders.  Pictures probably don’t do the overall look justice (which many of you are probably thankful for).  As I shaved my beard the night before the race, even I couldn’t stop laughing at how ridiculous I looked.  I essentially became a different person for a day.  Someone without a care in the world.  Someone that could have been maybe 10% (if that) of  Chris’s fun, engaging, and hilarious self if only for a few hours that Sunday in October.

I want to say on race day I was embarrassed, but I wasn’t.  I was proud.  I knew this had nothing to do with me and therefore could just enjoy it.  During the race, it was an interesting feeling that was so different from any other race that I have run to date.  These races, for us normal people, are essentially just us racing against ourselves.  However, for me on that day, it was me racing against a friend that wasn’t present.  I found myself feeling like there was a ghost runner on my tail pushing me to go farther and longer than I had before.  Someone making sure I didn’t take any of this too serious and I knew it was Chris.  During those moments, I just smiled and thought “I can’t believe you got me to do this Chris.  How did you sucker me into this?”.  I’m pretty certain I heard his laughter at a few points in the race as he enjoyed just how ridiculous I looked.

In the end, I finished the race with a personal best (2:03:09) and the longest consecutive running I’ve ever done.  I am upset that I missed my ultimate goal by such a close margin but it doesn’t matter.  It only matters that a friend got me to look like an idiot for laughs.  I still miss you Chris. 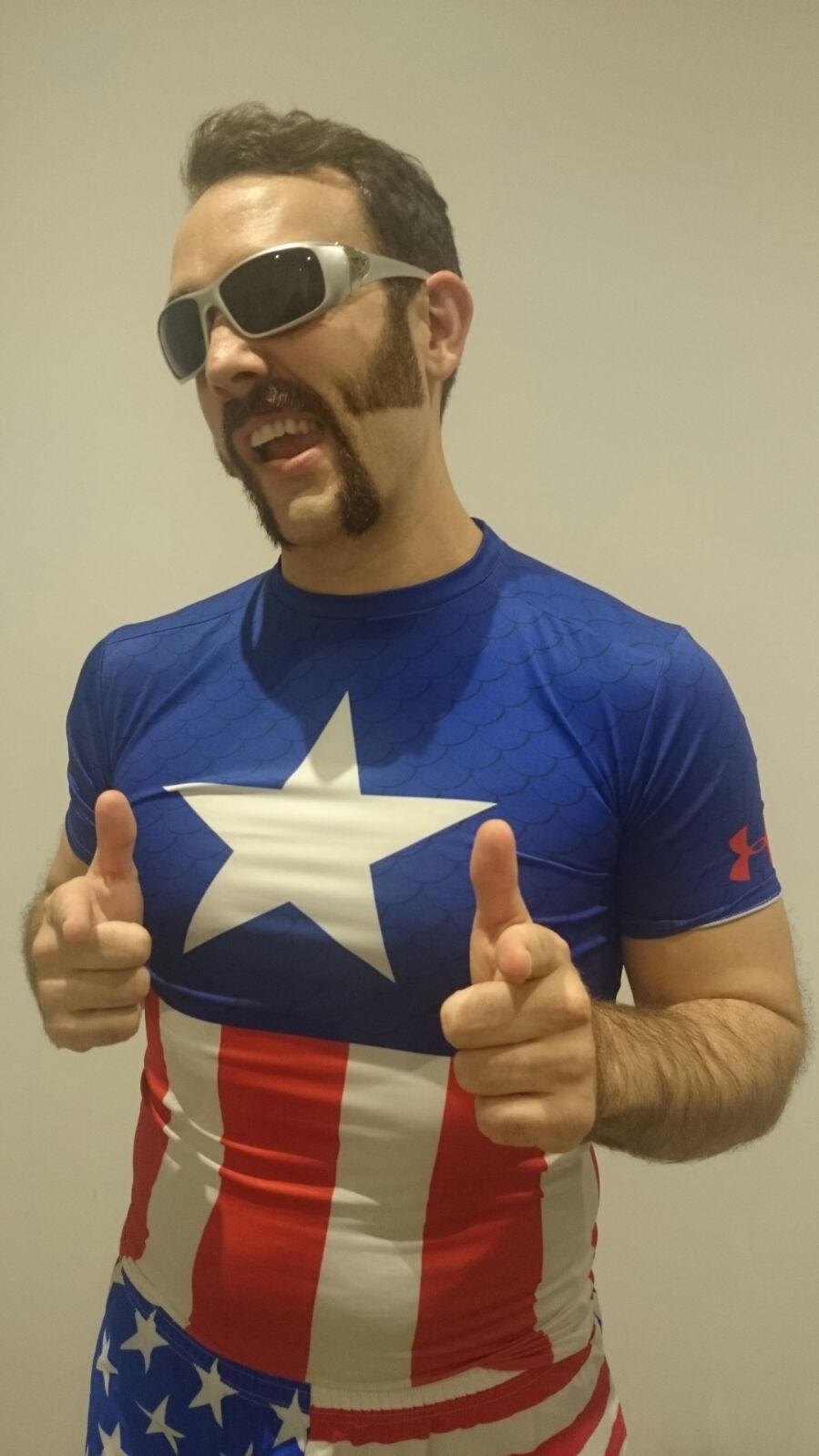 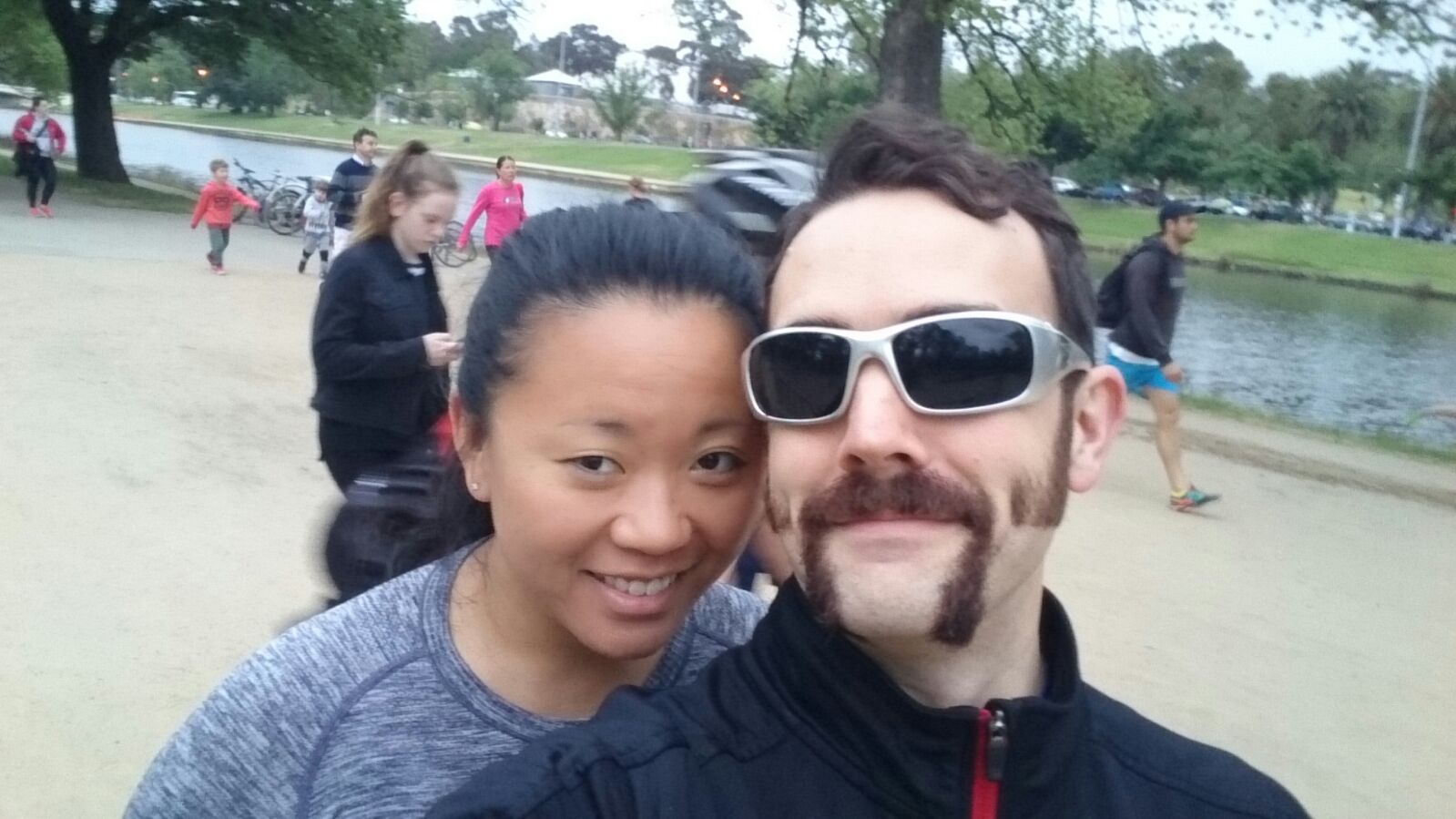 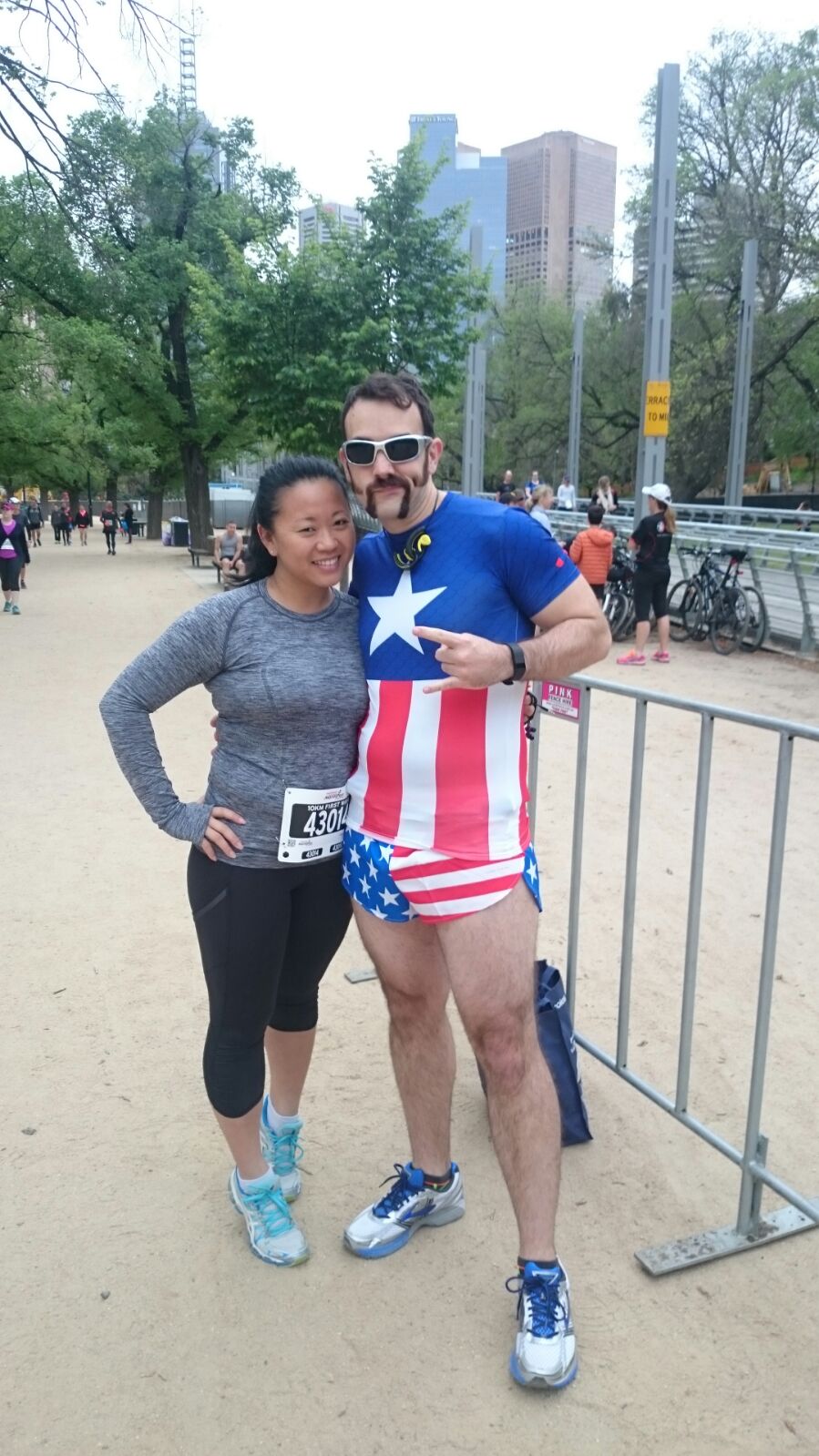 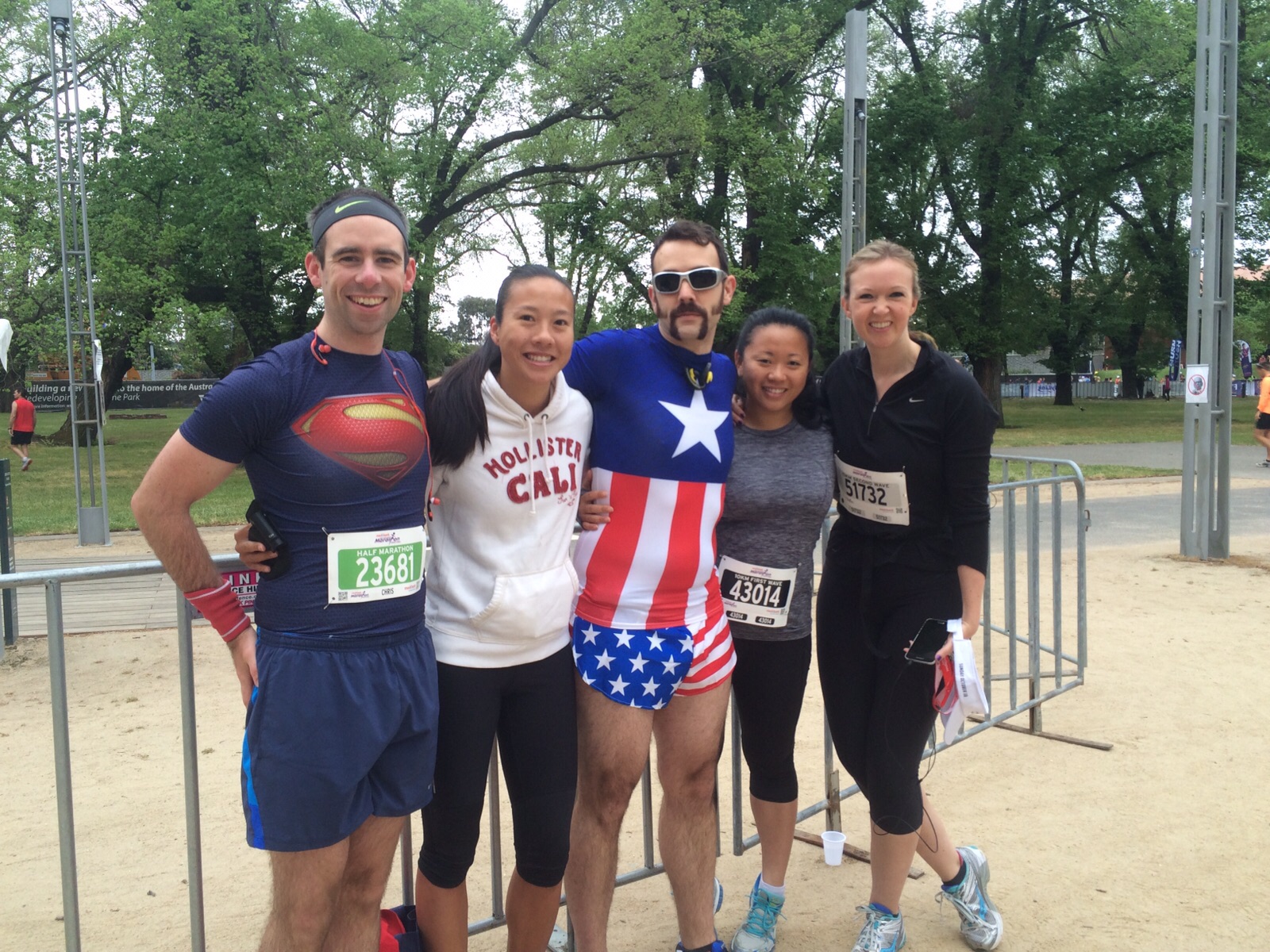 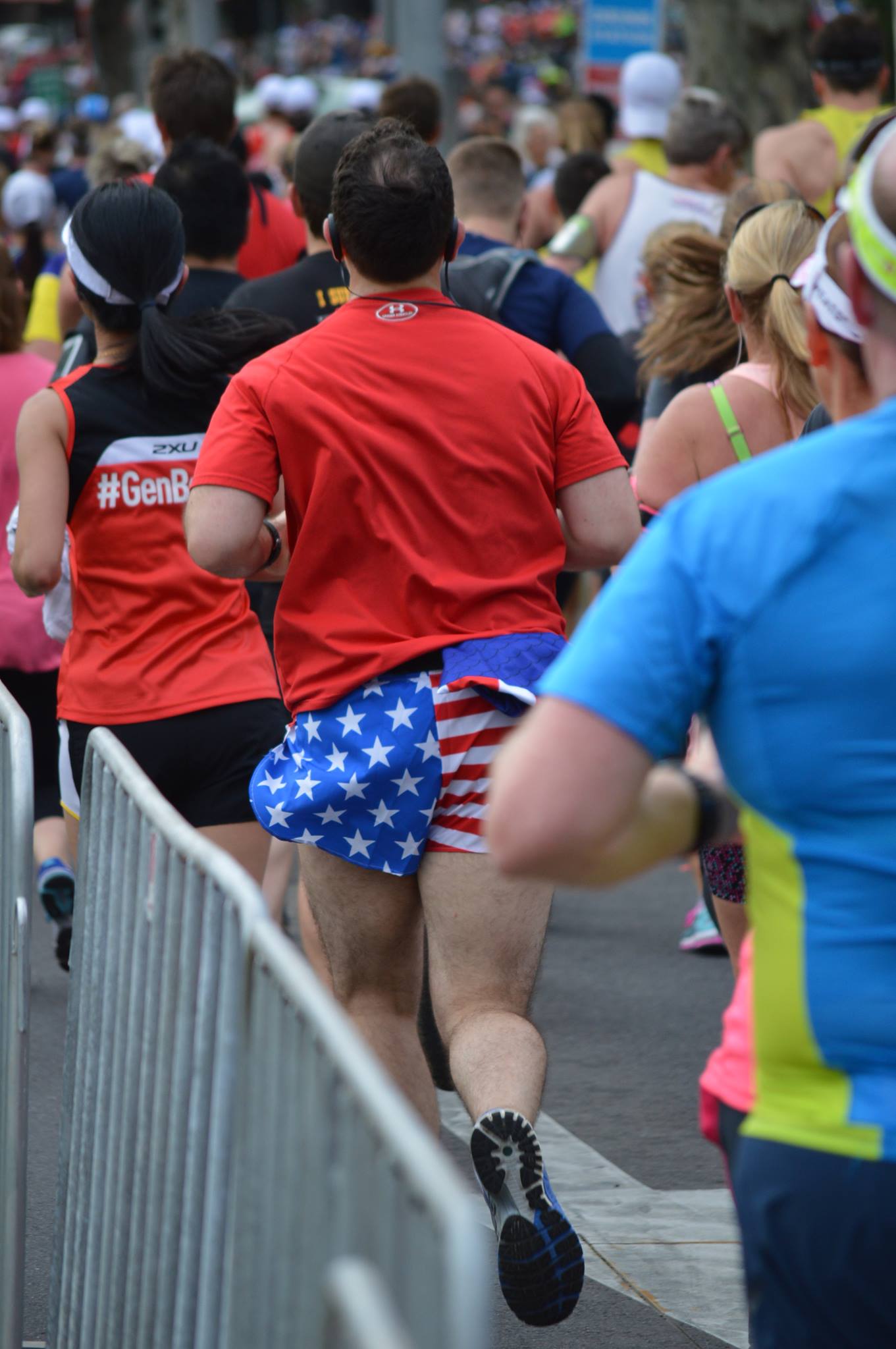 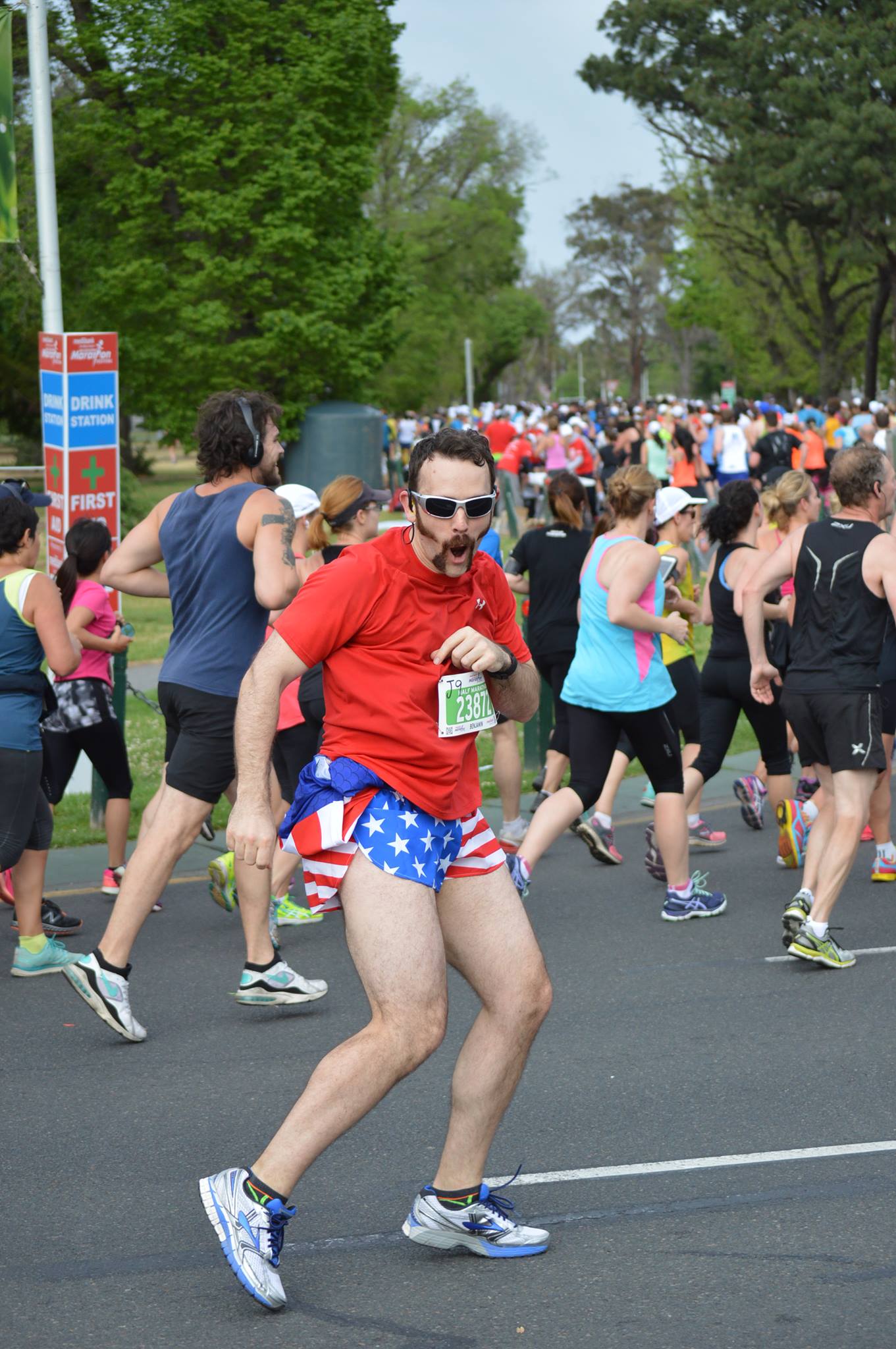 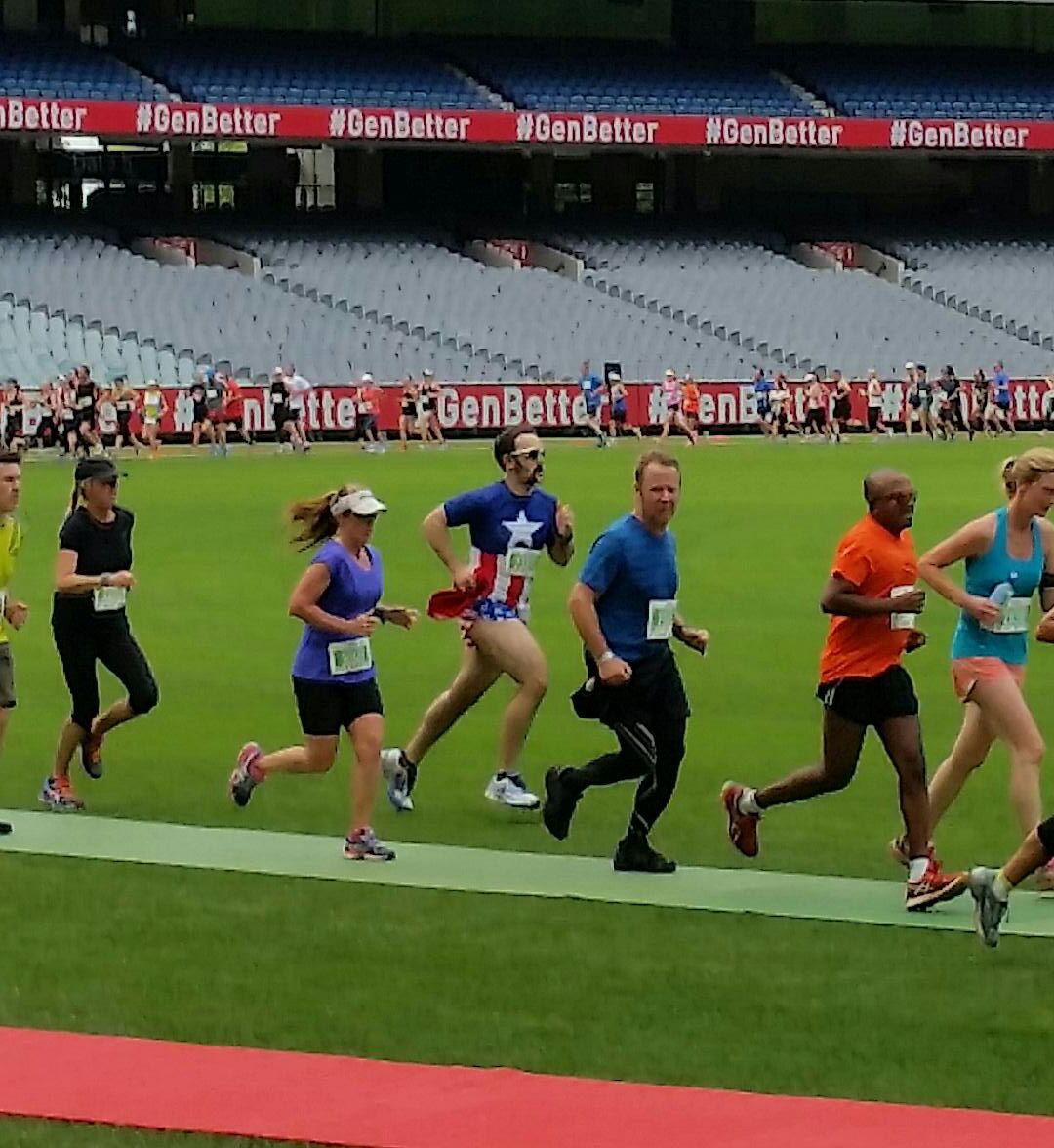 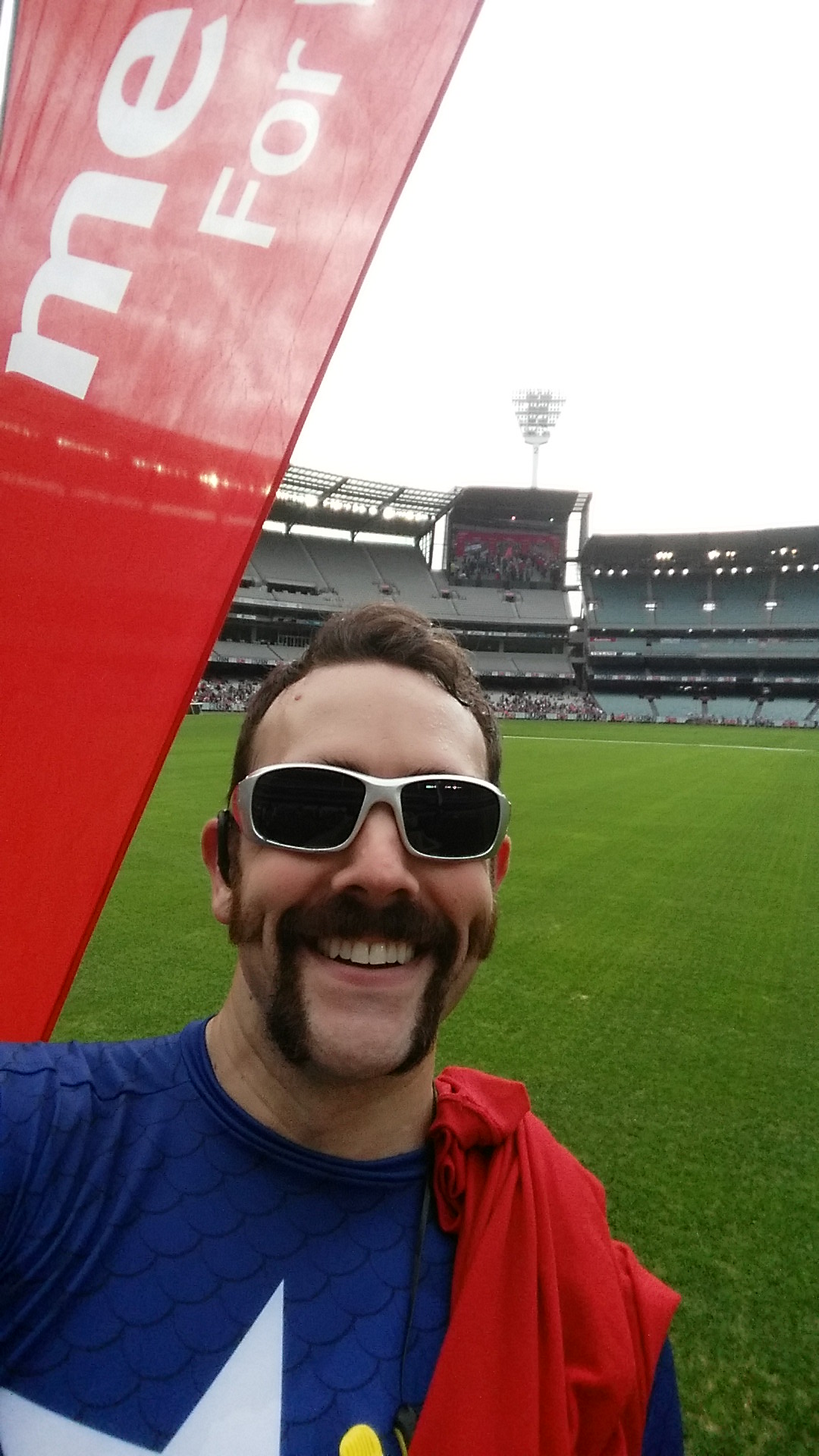 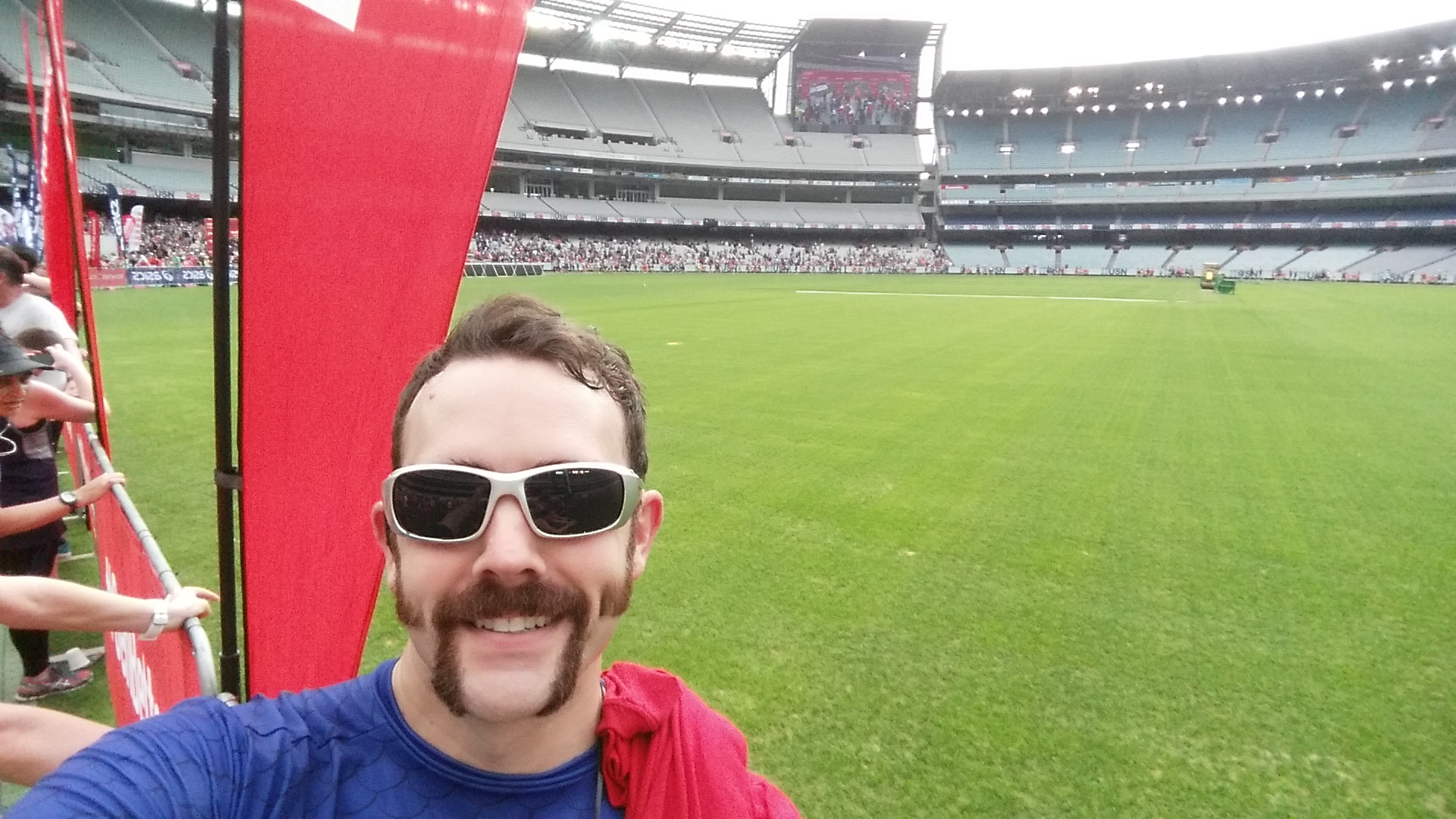 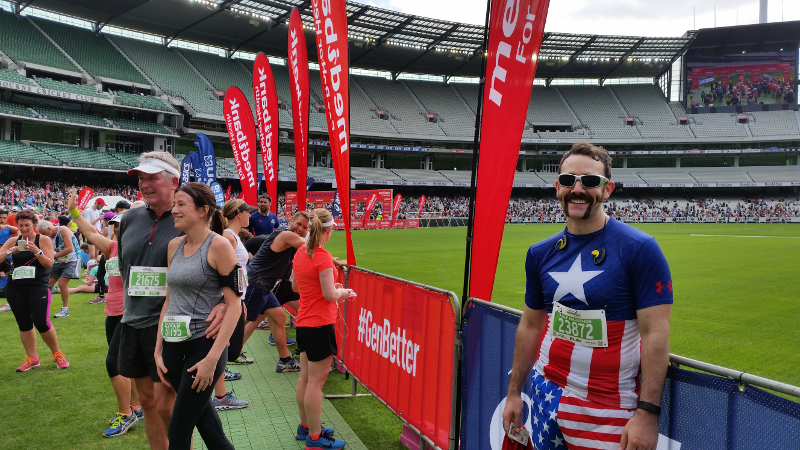 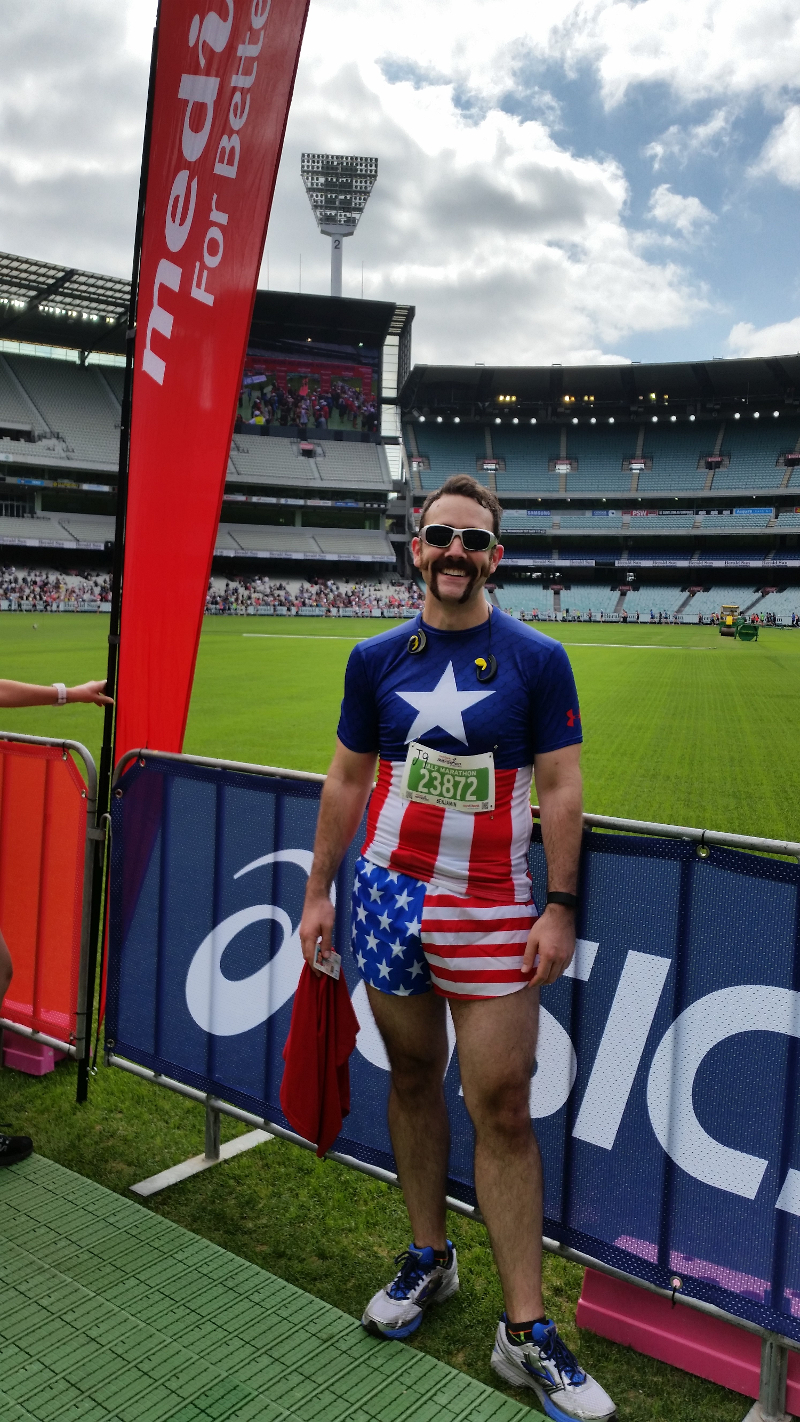 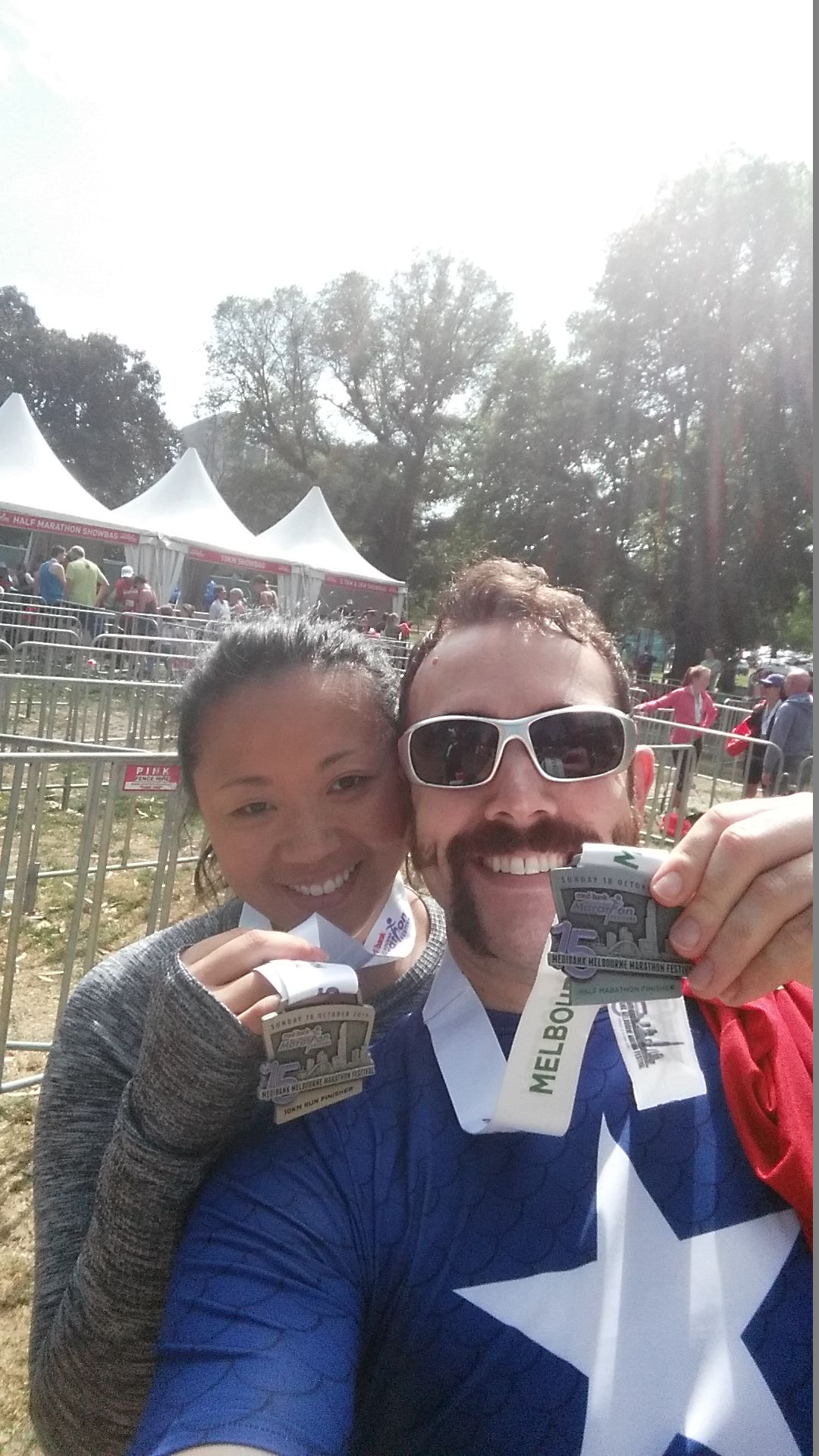 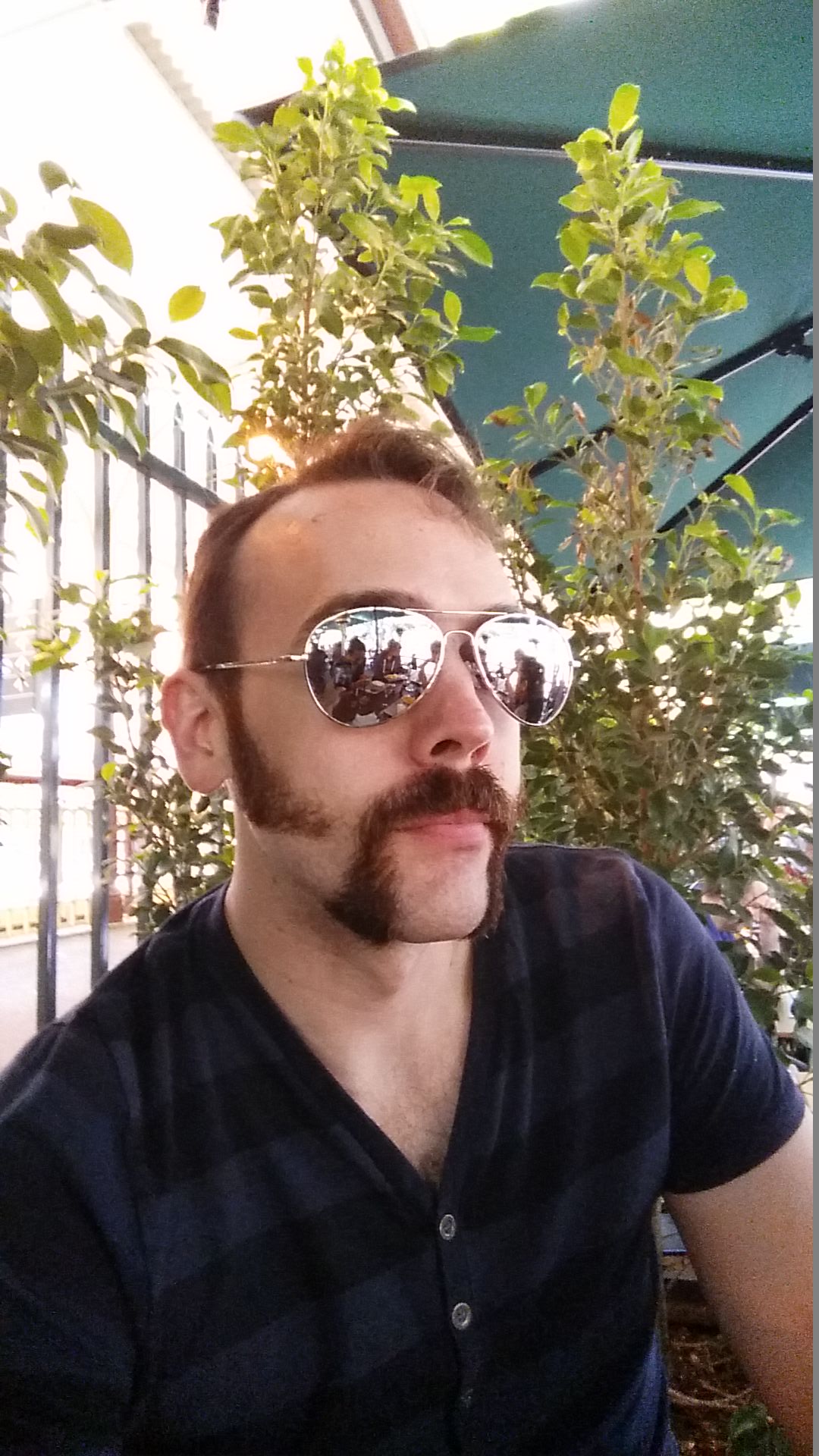 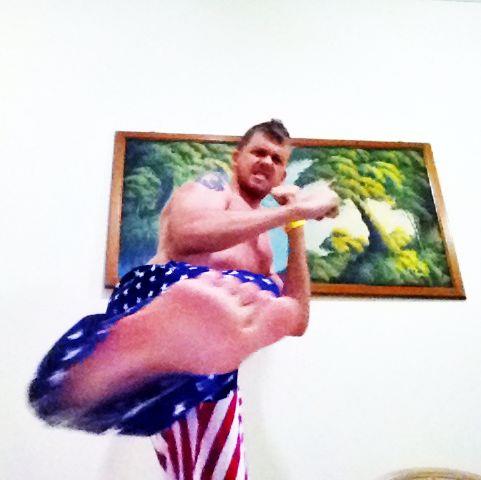 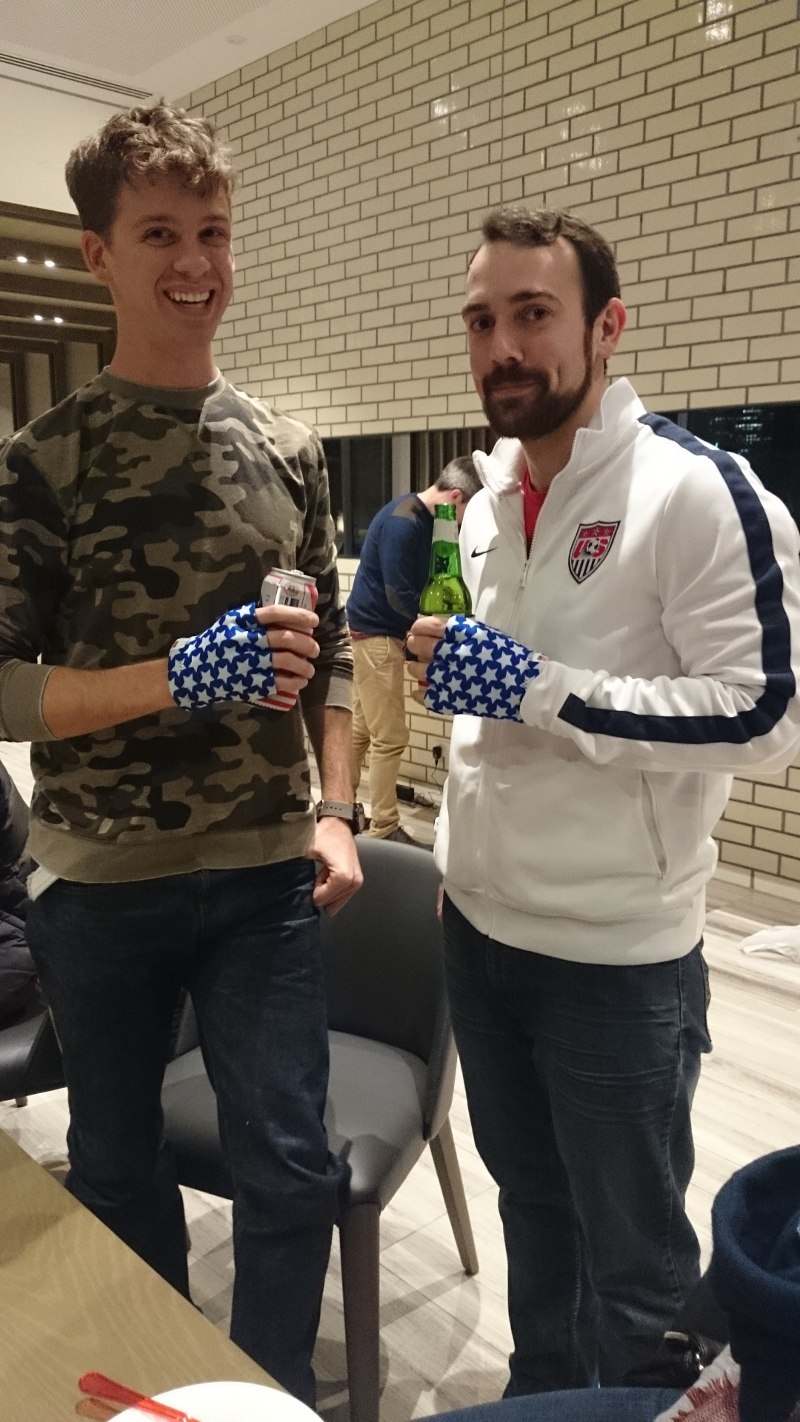 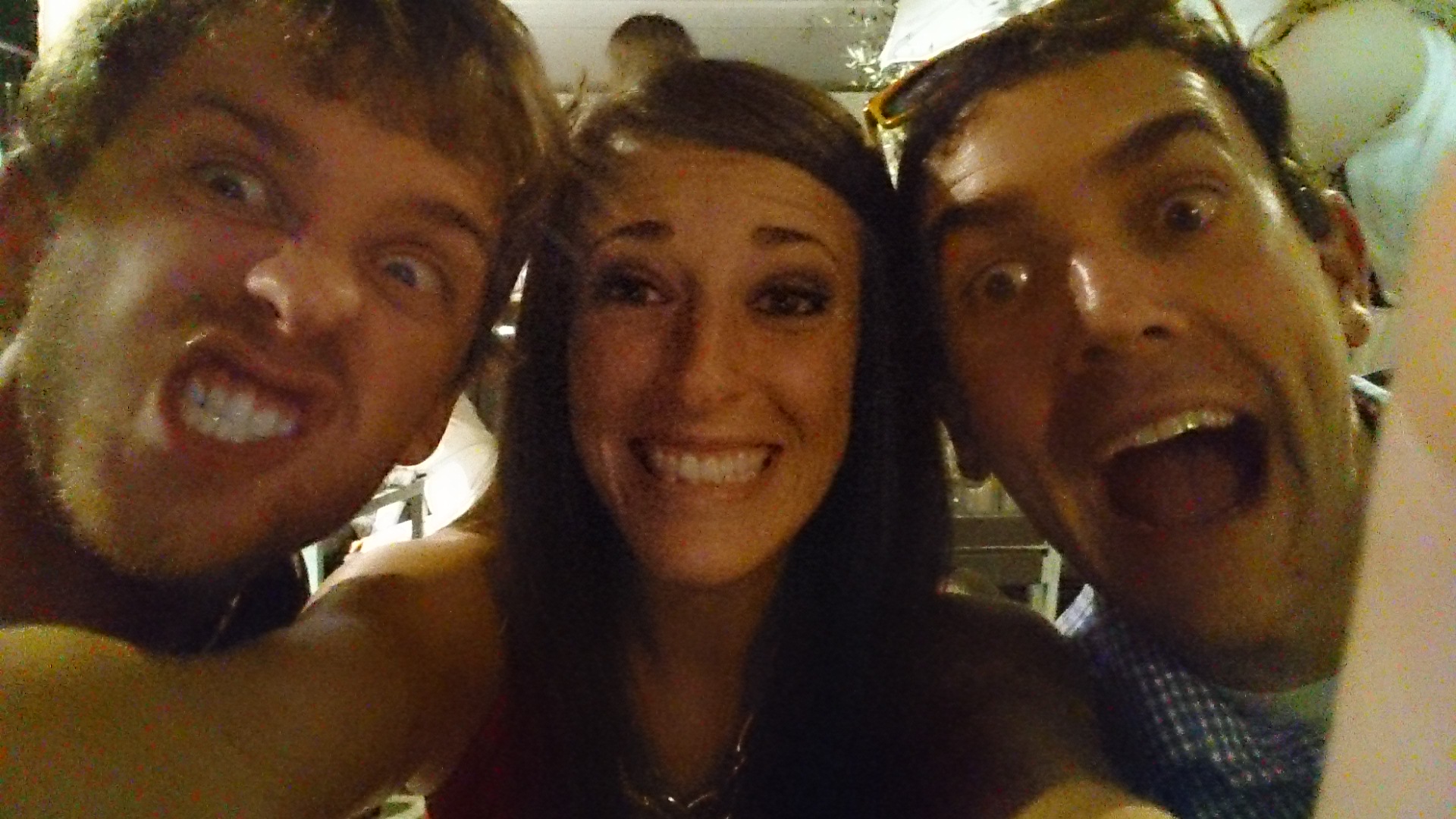 And a few extra pictures from the race team photography.  I might end up buying one this time.

One thought on “Running for a Friend”